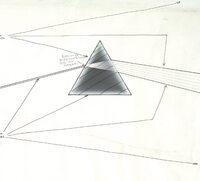 The Dark Side of the Moon: Live at Wembley
March 2023