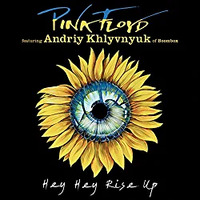 Roger Waters recently announced a new take on one of Pink Floyd's best-known songs, titled Comfortably Numb 2022. The new interpretation, pitched down to the key of A minor, replaces the outro guitar solo with a vocal one by Shanay Johnson and does away with the middle solo entirely (obviously a bold choice considering where that one ranks among the all-time great solos).

Per Roger: "ItÂs intended as a wakeup call, and a bridge towards a kinder future with more talking to strangers, either in 'The Bar' or just 'Passing in the Street' and less slaughter 'In Some Foreign Field.'

A video directed by Sean Evans (who's directed Roger's recent other recent films) is available on YouTube, and the track is also available on Amazon Music, Apple Music, iTunes, and Spotify,