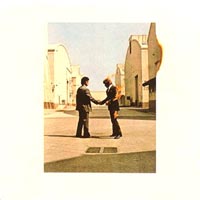 Wish You Were Here
September 1975