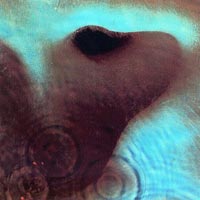 First off, let me say that I am not a die-hard fan of anything;

There are too many avenues,styles and artists to narrow it down and say, "These guys, or this band, or this singer is the best ".

It's like comparing Bob Dylan and Pavoratti; both great in their own venues,; tough to compare "head-to-head".........anyway...

....I am 49 and there has been only one group that I have seen four times;

The first time back in the early 70.s; the last time at FOXBORO, MASS

I used to play that album for hours; well, at least that one long side!!!

What I loved about MEDDLE and a lot of their music, was that they would begin the song as a "fade-in-void", as if suddenly, you are awakening in a dreamland as your conscious becomes aware of the surroundings.

And just as you begin to familiarize yourself with that "musical passage", you find yourself in another musical void, with no idea how you got there !

This will continue through many musical changes , some with driving rock beats, others with meditational, transcendental movements and then bring you back to the original "hook".

Above and beyond their individual musical talents, their creations of these "voids" has been what has hooked me throughout the years with PINK FLOYD. The "voids" are masterful pieces of music as well as translucent; like watching a movie and then becoming aware of the soundtrack. Then when you DO listen to how it is all put together, you begin to appreciate its genius.

MEDDLE is a musical masterpiece.

I heard them perform it live over 20 years ago. David Gilmour was brilliant in that performance. Nick Mason was as solid as a rock. Roger was "Roger".

Pick up a copy, sit back and enjoy.